Slaying the Beast of Debt - the Crusade-Jihad against Banks, Usury and Fiat Money of all Religion

14. The Pyramid
There is no get-rich-quick schemes,
No multi-level marketing pyramids
More heinous and globally prevalent
Than the interest-banking
And fiat currency systems of the world.
And lo! Its illusion is guarded by watchdogs
Zealous in their affairs.
................
Which Christians will now complete the mission of Jesus to rid the world of the money-changers and the contagion of usury? Which Muslims will now rise to expel the new Islamic banking hegemony from the halls of power and influence?
The rich nations become richer and the poor becomes poorer, and not by the natural state of human talent and endeavour. Oh no. Because if you are in the class of those who set the rules of the game, you can do anything, because you can change the rules to suit your fraud.
For every dollar of 'aid' sent by the rich north to the poor south, many times more are repaid by these southern nations back to the Western banks to service the interest payments for such loans often pushed upon the weaker countries who knew not to trust the bankers, the IMF and the World Bank. 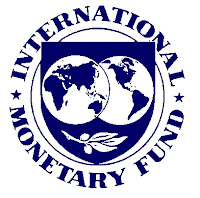 Those who make it their vocation to study and chronicle the fluctuating fortunes of the world, cannot but be amazed at how forgetful Mankind is. Just how many times do we need to pay the price for overweening greed of the ruling rich, the banks and corporations? Only five years ago the world was shaken by the 2008 debt crisis. Worldwide, millions upon millions lost their jobs as demand dried up, and millions more will lose their homes by the connivance of banks and mortgage companies who fleece the uninformed and poor class who did not read the fine print in their mortgage contracts. Because of the sub-prime fiasco, credit dried up as financial institutions refused to lend each other, global trade froze and mighty banks and insurance companies that once ruled Wall Street fell like dominoes. And yet, it was the tax payers that paid to save the too-big-to-fail banks. Yes, I know that it is the (future) US taxpayers who is bearing the direct cost. But trust me, at the end, everyone man, woman and child on Earth will be footing the bill. Trillions upon trillions upon trillions...
Obama has done nothing, because he is a creature of the very same establishment which caused the crisis.
So who among the Christians and Muslims are going to take the quest to slay the Beast of Debt? I promise it shan't be easy, but I can almost guarantee you that it will never be boring.
Have a lovely interest-free day, sunshine.


Hate has no place in Islam
Love will show the Way
Posted by Milky Tea at 8:34 PM

eToro is the ultimate forex trading platform for new and established traders. 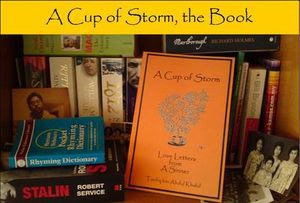 Love and the Poetry of Love